The veterans of the World War the Second were honoured on the territory of InterAtletika in Bucha on the 9th of May.

The veterans were shown sports exercise machines, gymnastic and children's play complexes of the own production. The guests responded warmly about the directives of our company's activities. They noted that the InterAtletika is doing the necessary and noble deed, taking care of the health of the younger generation and the nation as a whole. Particular attention was drawn to the line of street exercisers, which is provided for the acquisition of sports grounds in military units.

During the celebration, the words of gratitude to the veterans were expressed by Alexander Rudenko, Director General of the InterAtletika Group of Companies and Maxim Shkuratov, Director of the Trade House "Sport", assuring that their exploit is not forgotten, and the memory of the dead is immortal.

Quality chat during the banquet alternated with toasts, memories and war songs.

The event was attended by well-known and well-deserved veterans: Vyacheslav Dombrovsky, Viktor Petrovich Taldenko, Alexey Vasilievich Grinenko, etc. On the behalf of the modern military officers, commander of the signal brigade, Colonel Yevgeny Kubrak, was present.

All the veterans were awarded memorable gifts - our feasible help and tribute to people who defended our country from the Nazi invaders.

With all heart, once again we wish them health, longevity and constant recognition of merits to the people. 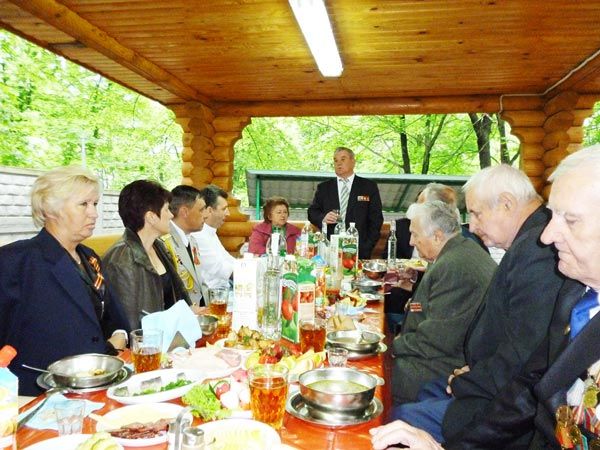 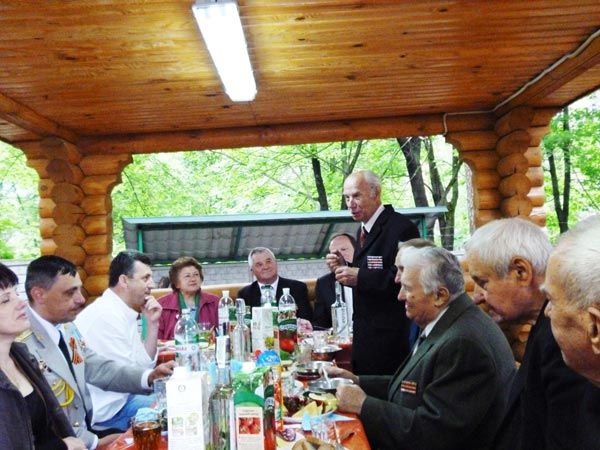